Bad Press for a Penny: What NOT to Say If You’re a Spokesperson

Uh-oh, I thought: PR disaster. Some auto-billing mechanism is creating a havoc. 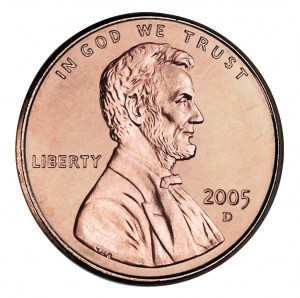 Sure enough… The city of Attleboro, Mass. sent a nastygram to a 74-year-old blind resident threatening a lien on her house if she didn’t pay her water bill balance of 1 cent.

To make matters worse, the city was unapologetic and blame-focused when questioned by the newspaper. My mouth actually dropped open when I read the city’s spokesperson’s statement on the whole mess.

Read and be in shock: City Collector Debora Marcoccio said, “My question is, how come it wasn’t paid when the (original) bills went out?”

Yeah, how dare an elderly blind woman mess up her payment by a cent!

I was appalled as a communicator. How hard is it to apologize? The spokesperson only needed to say that the city’s water billing system has faults and that they would immediately settle the account, forgiving the 1 cent mistake. An apology supplemented by swift action would have saved the day.

The homeowner pointed out that paying the bill would cost her 42 cents just for the stamp. Not only does the city of Attleboro look like its made up of a bunch of jerks, but it’s also being made a laughingstock by the national AP newswire.

What a kind word–and action–would have done to save this city’s reputation in this situation.