Determining a URL to represent you or your company is no small task. Besides selecting a name that is representative of your goods, services, or values, you want something memorable, searchable, and SEO friendly. But what if ignoring some of these rules actually helps you to stand out?

The key to breaking from the norm
is focusing on social interaction.

Flickr took the world by storm back in ’04, giving panic attacks to grammatical hounds worldwide. Little did they know, the missing ‘e’ was just the start. By giving people a place to share their photos with the world for free, flickr created a social craze. By spreading billions (yes billions) of pictures, flickr created a household name. 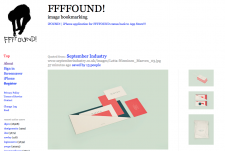 Back in ’08, ffffound.com was named one of TIME Magazine’s 50 best websites of the year. Yet another place to find pictures, FFFFOUND! allows image-bookmarking across the web and dynamically recommends inspiration based on each user’s tastes. Every few minutes a new image dominates the home screen and you can watch the number of bookmarks climb.

booooooom.com has grown to be one of the largest blogs on the internet, even with seven ‘o’s. The site boasts over 3 million pageviews each month as people explore periodic posts about art, film, photography, music, design, and more. 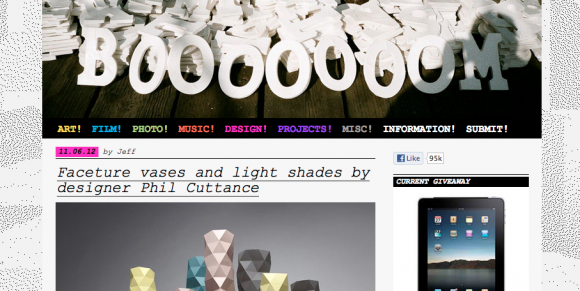 Misspellings and all, these sites have proven that content and interaction can bring a page to stardom. Flickr and FFFFOUND! are networks for image lovers; they are social sites to the core. BOOOOOOOM has relied on social shares and, according to their site, “good old fashion word-of-mouth!” Their names feel homegrown and meant only for grassroots uprisings.

But what are the applications for businesses outside of the image or post sharing world?

Distinctive campaign URLs are becoming more and more common. Instead of directing customers to standard corporate websites, landing pages or campaign sites are being generated with clever web addresses.

Earlier in 2012, Nokia launched SmartphoneBetaTest.com to accompany a snarky campaign labeling all smartphones prior to the Nokia Lumina 900 merely tester phones. Nokia was nowhere in the URL; the concept was what was memorable, not the company. I can’t count the number of times I’ve watched a commercial, remembered it, even loved it, but had no idea what company or product it was about. Campaign based URLs eliminate this common pitfall all-together with the added benefits of engaging the customer and sounding less sales-driven too.

With an even bolder move, the Department of Philippine Tourism re-branded the country with the tagline “It’s more fun in the Philippines.” The new website, with a matching URL (itsmorefuninthephilippines.com), is a blatant attempt for the Philippines to go viral. Everything about the site screams, “Share me!”  Most of the site is devoted to a video and slider displaying sayings (or rather ‘memes’) created by locals calling viewers to make their own.  The campaign tagline has its own hash-tag and pushes a handful of social networks on which to share. The focus is both fun and entirely engaging, the only way that a URL like this will work.

Although not all industries currently have or should have social network dominated websites, the possibilities and potential rewards for those who do are only growing. A socially focused URL could just be the start.

Natalie is art director and design geek at NeuConcept.
Scroll To Top