I was researching social media trends the other day.

The most interesting thing I read was about 24,000 people donating $541,000 to send a bullied bus monitor grandma in NY on vacation.

We’ve all seen viral videos and enjoyed many of them, like the dog talking and the baby laughing. But most of those videos are funny or feel good. They show how our online world can result in rapid spreading of information crazy fast. 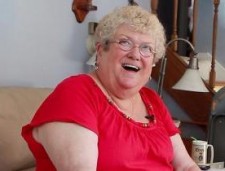 However, this situation was a bit different. Several middle schoolers taunted the bus monitor, Karen Klein, with mean words, calling her fat and tons of other horrible things. Someone captured the video on their cellphone as it went on and on… for 10 minutes. They made her cry. She kept turning her face away to escape their cruelty.

It’s a video that many of us have experienced… either as the one being put down or the one bullying.

People were enraged and someone set up “Give Karen a Vacation” fund with a goal of raising $5K. The reality is a many more zeros have been added. As I surfed around, I found an interview with Karen responding like any of us would, saying, “It sounds too good to be true.”

This is a heart-warming story, and it really did bring tears to my eyes when I saw how amazed Karen was. However, the reason I was surfing social media trends today was for business.

It got me thinking, what business lessons can we learn from the bus monitor story?

That’s enough deep thinking. What are your take-a-ways from this bus monitor story?