Power in the Positive

We’ve all experienced a well-meaning advice that resulted in disaster… or was completely ignored.

And nobody wants to be Debbie Downer (check out this classic and hilarious SNL video): 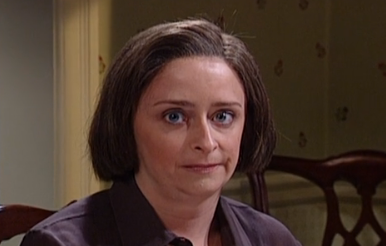 The way you communicate advice determines whether others can and will listen to what you have to say. Then they might even act on your feedback.

In a business conversation, when someone says something that you disagree with, your first impulse is to say something negative, like:

“It’s simply not done that way.”

“That will never work.”

When you go on to explain your reasoning, the listener is focused on the insult of your negative language.

Ever felt like you just got slapped by someone in a conversation? The shock of it causes you to freeze and think, “What just happened?”

That is what your listener is dealing with… and this makes it almost impossible for that person to hear your constructive words.

Not only does negative language result in you being ignored, it also obstructs and damages your relationships with other people.

According to veteran consultant and author Jim Lukaszewski, a positive approach defeats those who are negative.

If you eliminate negative or emotional words, you become more powerful and in control of most situations.

Let’s see how we can makeover the negative language above:

For those more quantitatively inclined, there has actually been research done on the optimal ratio (2.9x) to achieve when communicating positive vs. negative feedback. It’s called the Losada Ratio.

How can you make-over your feedback to remove negative words?